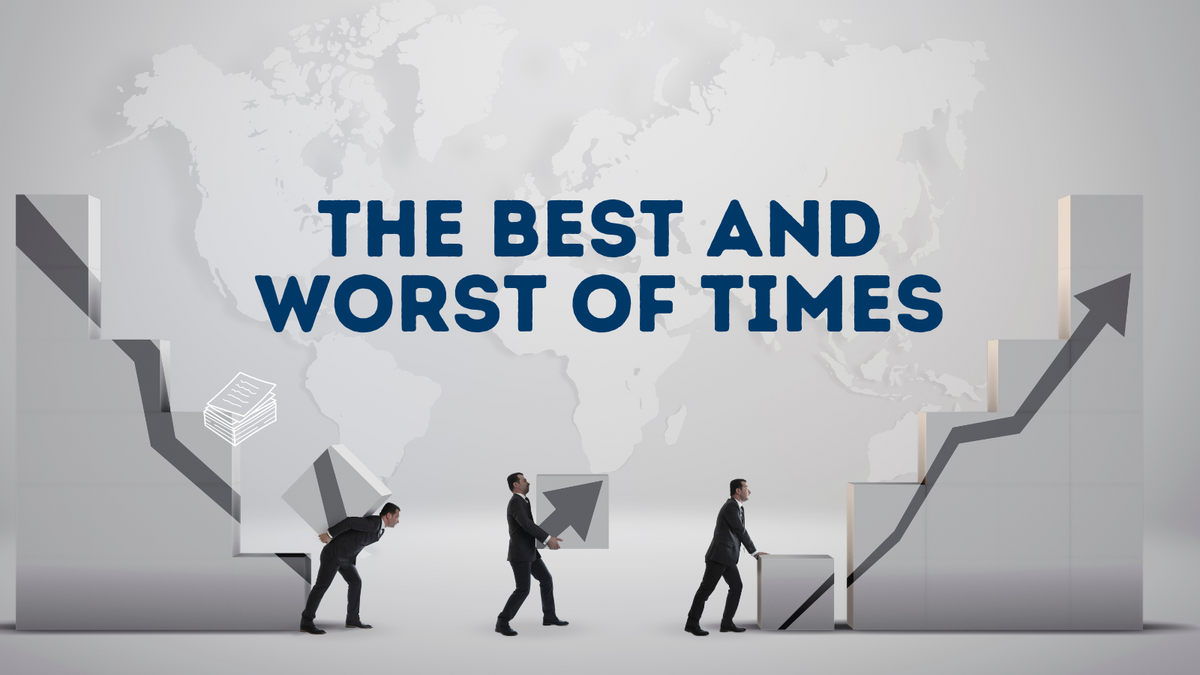 The Best and Worst of Times

When it comes to stock market performance, August was “the best of times, and the worst of times.” The strong market rally that peaked in mid-August was viewed by many analysts as a transition from a bear to bull market, based on the surge in breadth that stocks enjoyed and the magnitude of the two-month rally that began in mid-June totaling 17%.

The market rebound and overall bullish sentiment began in earnest when Federal Reserve (Fed) Chairman Jerome Powell suggested at the late July Fed meeting that the trajectory of interest rate hikes could ease later in 2022. Market participants translated his words to mean that the Fed would complete its aggressive rate hiking campaign to curtail inflation sooner than initially projected. Stocks climbed dramatically, and the S&P 500 Index recorded its largest post-meeting rally ever recorded. Some meme stocks even came back to life.

The second quarter earnings season, particularly with regard to guidance, also helped propel the market higher this summer because of the widespread pessimism ahead of results. Companies delivered stronger earnings than initially estimated, with 75% of companies reporting earnings per share (EPS) above estimates despite intense cost pressures and continued supply chain disruptions. Energy companies were the undisputed winners in the second quarter on higher oil and natural gas prices, and shareholders were rewarded with both dividends and variable dividends.

Investors remained hyper-focused on inflation, where pressures have shown signs of easing, and perhaps plateauing, if not completely peaking. Headline readings for the Consumer Price Index (CPI), Producer Price Index (PPI), and Personal Consumption Expenditures Index (PCE) have all moved in the right direction, but clearly it’s not been quickly enough for the Fed as they campaign to restore price stability through interest rate hikes to dampen consumer demand. Still, lower gasoline prices have helped to bolster consumer sentiment and lower consumer’s expectations of longer-term inflation.

As the rally intensified in mid-August, a parade of Fed officials gave interviews during which they made it clear that the Fed’s work to establish price stability was nowhere near complete. This became a major theme as market participants hung on Jerome Powell’s every word on August 26 at the Jackson Hole, Wyoming forum for global central bankers. In a concise and clear 10-minute speech, Powell dispelled any notion of an early pivot towards easier policy. Mentioning “inflation” 46 times and “price stability” more times than seemed possible in such a short speech, he made it abundantly clear that the Fed’s path towards restoring price stability “will likely require maintaining a restrictive policy stance for some time. The historical record cautions strongly against prematurely loosening policy.” Not surprisingly, stocks ended with a profound sell-off.

As the market closed out August weaker and begins the historically weak month of September, questions about whether the bear market has truly ended linger. September data releases and the upcoming Fed meeting on September 20-21 could help provide important answers. Chairman Powell has reminded us many times that the Fed will be data dependent in making policy decisions. The market also remains highly data dependent as it moves into September.

This material is for general information only and is not intended to provide specific advice or recommendations for any individual. There is no assurance that the views or strategies discussed are suitable for all investors or will yield positive outcomes. Investing involves risks including possible loss of principal. Any economic forecasts set forth may not develop as predicted and are subject to change.

References to markets, asset classes, and sectors are generally regarding the corresponding market index. Indexes are unmanaged statistical composites and cannot be invested into directly. Index performance is not indicative of the performance of any investment and do not reflect fees, expenses, or sales charges. All performance referenced is historical and is no guarantee of future results.

Any company names noted herein are for educational purposes only and not an indication of trading intent or a solicitation of their products or services. LPL Financial doesn’t provide research on individual equities.

All index data from FactSet.

The Standard & Poor’s 500 Index (S&P500) is a capitalization-weighted index of 500 stocks designed to measure performance of the broad domestic economy through changes in the aggregate market value of 500 stocks representing all major industries.

This Research material was prepared by LPL Financial, LLC. All information is believed to be from reliable sources; however LPL Financial makes no representation as to its completeness or accuracy.