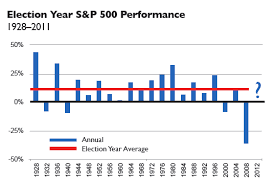 Super Bowl winners, the length of hemlines, and Sports Illustrated covers – all of these have been used to develop theories about the direction in which stock markets may be headed. Presidential elections and terms have also inspired a significant number of theories.

“[Leonard Jimmie] Savage and the economist Milton Friedman wrote in 1948, the proper analogy was to an expert billiards player who didn’t know the mathematical formulas governing how one ball would carom off another but ‘made his shots as if he knew the formulas.’ ”

Psychologists and sociologists weren’t convinced people were as rational as economists believed. Herbert Simon, a sociologist who won the Nobel Prize in economics, found that having limited time and brainpower meant many people did not make well-informed decisions. Instead, they developed rules of thumb that helped simplify decision-making.2

When it comes to investing, there are an abundance of rules of thumb. Since it’s an election year, you’ve probably encountered at least one article discussing the ways in which elections may affect stock markets and the economy. These theories include:

Analysts who crunched the data report U.S. stock markets tend to hit bottom during the second year of a president’s term, but that’s not always the case. Notable exceptions have been the final years of the Clinton and G.W. Bush presidencies.3

Rodney Sullivan, editor of the Financial Analysts Journal, commented, “It is indeed true that under years three and four of a presidential cycle that stock markets do tend to perform better…What really drives performance in markets is not the presidential cycle, it’s really the overall macro economy.”4

Clearly, a lot of thought has been given to the influence of presidential cycles on the stock market. Some theories that inform rules of thumb are clearly better researched than others. Regardless, none appear to provide actionable information that has the potential to benefit long-term investors. In fact, it is our opinion investors would be better served by selecting an investment strategy that meets their long-term financial goals rather than chasing returns trying to time the markets.

The opinions voiced in this material are for general information only and are not intended to provide specific advice or recommendations for any individual.

The Standard & Poor’s 500 index is a capitalization-weighted index of 500 stocks designed to measure performance of the broad domestic economy through changes in the aggregate market value of 500 stocks representing all major industries.

10http://papers.ssrn.com/sol3/papers.cfm?abstract_id=2014823 (or go to https://s3-us-west-2.amazonaws.com/peakcontent/Peak+Documents/May_2016_SSRN-US_Presidential_Elections_and_Implied_Volatility-Footnote_10.pdf)